7 Reasons to Do Business in India 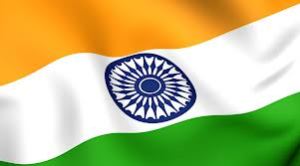 In 2013, India stands at a point where the compass of its destiny is, once again, in its own hands. The needle of this compass could either point south towards the all-too-familiar path of unfunded welfare economics, intensifying the slowdown currently underway; or it could turn 180-degrees and allow entrepreneurship to take off. We believe the government will choose a mix of the two and there lies opportunity for smart entrepreneurs. Seven reasons why:

1. Where else? While the world output is expected to rise by 4% in 2013, the emerging economies are going to lead it, says IMF. Among them, the two fastest-growing will be China (8.1%) and India (5.9%), versus the US (2.5%) and the Euro area (0.8%). Of the two growth leaders, India will be easier for entrepreneurs from democracies to comprehend.

2. Government is back at the wheel: Bogged down by a severe “policy freeze,” the government soured its relationship with business in 2012. Since September, however, lawmakers have begun to show signs of life: Parliament passed the contentious Banking Laws Amendment Law, which allows corporations to set up banks, making capital more readily available. The government has taken constructive action by, for example, allowing foreign companies to take ownership stakes in certain Indian retailers.

3. Inflation is beginning to moderate: The biggest cause of India’s inflation -apart from high and rising commodity prices over the past two years- is a supply side squeeze: too few goods in the system. India’s outlier status on high inflation rate throughout last year is now ending. Wholesale inflation is below 8%, and although consumer price inflation stands close to 10%, experts say this should fall to 6.5% by the next general elections in May of 2014. A falling inflation rate combined with a relatively high growth rate is the kind of environment that outside investors and entrepreneurs should relish.

4. The cost of money will come down: Fighting inflation, the Reserve Bank of India has kept interest rates high over the past few years. For most of that time, the RBI’s tight money policy hit investment harder than inflation. But if the inflation cycle has indeed played out, the next six months should see interest rates fall by 100-150 basis points, adding some spark to the economy.

5. Business-friendly laws could be enacted: Four important bills will be debated in Parliament this year. The Goods and Services Tax Bill would increase efficiency in the movement of products across India. The Direct Taxes Code Bill would clean up tax laws. But the most important (and most controversial) law will be the Land Acquisition Bill. If passed, it could provide the governing coalition political force for elections in 2014. The Companies Bill, which updates India corporate law for the 21st century, has already been cleared by the lower house and should pass the upper house in the budget session of Parliament that begins next month.

6. Workers are ready: The 500 million Indians under age 25 will continue to follow their aspirations to a better life in 2013. The median age in India is 25.1, compared to the US’s 36.9. In a free-enterprise economy this kind of population distribution has often led to a long-term economic boom, the kind begun Japan in the 1950s (median age 25.5) or China in the 1980s (median age 22.4). Further, the nature of those youthful aspirations has changed. This young population is looking beyond agriculture or daily wages. It wants to learn, which creates opportunity for entrepreneurs willing to invest in training.

7. Markets are waiting to explode: As a share of India’s GDP, consumer spending stands at just 57%, compared to 72% for the US. That suggests that there is some $1.2 trillion worth of opportunity in India’s emerging consumer sector. Current government mismanagement of finances and the resultant slowdown notwithstanding, prosperity in the medium term will increase not merely the base GDP but the share of consumer spending as well. This year and the next may see the first steps towards that trend. If you’re entering India this year, you could be getting in on the ground floor.