Featuring BlackBerry® 10 OS version 10.2, the new all-touch BlackBerry Z30 smartphone comes with a beautiful 5” display and the largest battery ever on a BlackBerry smartphone. It is designed to keep you hyper connected, productive and always in control, and lets you share like you’re there and collaborate with ease. Among key features include- BlackBerry® Priority Hub, BBM™ Now in Any App and Message Previews Everywhere, 5” Super AMOLED Display, Stereo Audio and BlackBerry® Natural Sound, New Antenna Technology and longer Battery Life.

The offer will run across all BlackBerry retail networks. The white BlackBerry Z30 will be exclusively available on Flipkart at the same price of Rs. 34,990/-

Now, a VC Fund for Films! Thanks to Gurinder Chadha

Gurinder Chadha, director ‘Bend it like Beckham’ and ‘Bride and Prejudice,’ is to set up a venture capital fund to invest in film and television projects globally. Interestingly, the venture is named as Bend It Media Fund (BIMF) which is registered in  Cayman Islands, is a  $30 million open-ended investment vehicle, which will invest across four platforms – films, television, live theatricals and digital.

The 53-year-old Chadha will partner AVT Shankardass, financier of a number of recent Hollywood blockbusters, such as Captain America, Superman-reboot Man of Steel.

The fund will invest in small budget projects across geographies that focuses largely on content and will look to earn returns ranging between 25% and 30% from its investments. The global media and entertainment market is slated to grow at a compounded rate of 5.6% for five years beginning 2013 and generate revenue of $2.2 trillion in 2017, according to PwC. 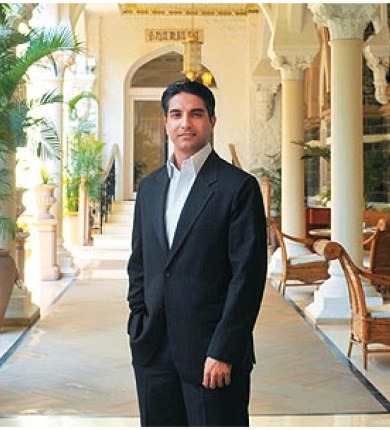 In India the industry may grow at 14.2% to Rs 1.78 trillion by 2018, according to a recent report by FICCI-KPMG. BIMF plans to invest up to $10 million (Rs 61.5 crore) in its first year of operations, and has earmarked $4 million (Rs 24.6 crore) on film projects, $2 million (Rs 12.3 crore) each on television series and live theatricals and the rest on digital projects.

In 2009, the 35-year-old Shankardass, a New Delhi-based financier and producer launched Global Entertainment Partners, a $300 million (Rs 1,843.5 crore) close-ended 5-year fund that has invested in big-budget films. The investments then included movies such as Mission Impossible. Shankardass raked in box-office receipts of about $1.8 billion(Rs 11,061 crore) globally.

The Truths of Being a Woman by Kalki Koechlin

Kalki Koechlin changes our concept about a traditional Indian actress. “I have grown up being stared at!” At the India Today Conclave, Kalki Koechlin in a white robe, shuns patriarchy and at the same time appeals to men to change the way they look at women. In a monologue of sorts, the talented actress takes on to reveal the painful truths of womanhood. Titled ‘An Expression By Kalki Koechlin – Le Femme Terrible’, this one you should not miss watching. http://www.youtube.com/watch?v=TeMVQ3nCjQM

Kalki’s performance throws light on the pathetic condition of women in the country. Poignant and hard-hitting, she talks on behalf of those thousands of women, who have lived in silence accepting their fates for centuries. She says, “It’s hard to breathe when you are being stared at…sometimes you are guilty for just breathing”, emphasising how society objectifies woman on a daily basis. Her fr

ustration is obvious, as she later confirms how she is affected by gender stereotypes and the shocki

ng rise in crimes against women.

As a celebrity, Kalki makes a few confessions too, about things you’d probably not read about her in the glossies. The fact that she was offered roles of prostitutes and item numbers after the success of her debut film, Dev D, makes us realise how Bollywood perceives its women. She goes on to say, “I want a clean face without any make up!” It’s something that we truly feel for Kalki.

30 yeard Kalki Koechlin is an Indian film actress of French descent who debuted in Anurag Kashyap’s critically acclaimed Hindi film Dev.D. She played the character of Chandramukhi in the film, a modern take on Sarat Chandra Chattopadhyay’s Bengali novella Devdas, and eventually won the Filmfare Award for Best Supporting Actress for her portrayal.

Koechlin subsequently featured in the comedy-dramas Zindagi Na Milegi Dobara  and Yeh Jawaani Hai Deewani, both of which were commercially successful, and earned her two more nominations for the Filmfare Award for Best Supporting Actress. She also works as a co-screenwriter with husband Anurag Kashyap.

She married filmmaker Anurag Kashyap on April 30, 2011 in a private wedding ceremony. The two had been dating since the release of Dev.D. On November 13, 2013 both Koechlin and Kashyap issued a joint statement saying they were separating.

While smartphone technology continues to progress at breakneck speed, one area where customers are constantly left wanting is battery life. As phones get more powerful, the batteries powering these pocket computers struggle to keep up. If you’re an avid texter, use the camera frequently throughout the day, or send a lot of emails, you can be almost sure your smartphone isn’t going to last the day, regardless of make or model. Is the InkPhone the answer to all your problems?

CeBit kicks off in Germany today, and while the conference is mostly dedicated to big data and IT business in general, there is also some consumer tech on the show floor, including the InkPhone. This is a phone that uses e-ink as its primary display. Produced by Chinese ereader maker Onyx, the InkPhone is actually more ereader than smartphone. The company set out to make a budget phone/ereader combo. As a result, it’s not the most high-end device you’ll come across (certainly nowhere near the dual-screened YotaPhone), and you won’t be able to download your favorite Android applications after you buy the phone. Instead, you’ll have ereader functionality (of course) as well as the ability to make phone calls, browse the web, send emails, listen to music, and send messages, all on an 1800 mAh battery that promises to last two weeks.

Specs-wise, you’re looking at a 1 GHz processor (it’s a Rockchip SoC but we don’t know which one), 4 GB of internal storage, 512 MB of RAM, MicroSD support, and that 4.3-inch front-lit e-ink display. Again, definitely very low-end specs compared to other flagship phones available today, but that’s not the intention. This is supposed to be a low-end phone that goes forever, which means it would be great for those who often forget to charge their phones (older people and children) or those in the developing markets where charging your phone before you go to bed every night often isn’t an option. What we don’t understand is why the display is so small. Surely, if this is supposed to be an e-reader that doubles as a phone, the screen should be large enough to comfortably read text for extended periods of time.

One thing is certain: this is vastly different from the e-ink phone that was making headlines in February. Yota Devices’ YotaPhone made a big splash at MWC last month. With its secondary touch-sensitive e-ink display for displaying notifications, news, weather and more, the device aims to save on power by relegating these ‘always on’ functions and casual browsing to the rear display. That way, you don’t have to constantly wake the phone to check for messages or peek at the weather, and you can switch to using the rear-display for email and the like if you’re running low on battery. You can also use the rear of the phone as an ereader, in case you were wondering.

Of course, the Yota Phone with its higher specs and added functionality costs quite a bit more. The first generation (which uses a regular e-ink display instead of the touch-sensitive variety) is priced in excess of $600. The InkPhone goes on sale in Europe in April and will cost under $200.