Fourteen-year old Nirmala Toppo of Jharkhand became a celebrity in Odisha after BBC aired her story on their Hindi channel.

“In June, panic gripped the industrial city of Rourkela one night when a herd of wild elephants entered residential areas from dense forests nearby. Nirmala, forest department officials say, acted as a real-life “pied-piper” when she managed to drive the herd back to the forest, much to the relief of the residents”; BBC reports.

Report further says Nirmala walked many miles with the herd, guiding it out of town, in the process getting blisters on her legs which later turned septic.

State forest department officials sought help from Nirmala, who is originally from the neighbouring state of Jharkhand, when they could not get the elephants to leave the city.

BBC quotes forest official PK Dhola: “When the herd entered the city, we tried our best to contain its movement. There were 11 of them, including two calves. We managed to make the herd go into the local football stadium, but we were not sure how we could drive them back to the forest. It was a difficult task;” Dhola says.

“We knew of a tribal girl who lived in Jharkhand, who talked to elephants and was able to drive them back. We called up her father and she arrived along with some other tribal people from her village.”

The herd was made to go into the local football stadium in Rourkela. The state government paid the girl for her services, Dhola added.

Nirmala says she talks to the herd in her local tribal dialect – Mundaari – and persuades the animals to “return to where they belong”.

“First I pray and then talk to the herd. They understand what I say. I tell them this is not your home. You should return where you belong,” says Nirmala.

Her mother, she says, was killed by wild elephants and that was when she decided to learn the technique to drive them away. In her work, she is assisted by her father and a group of boys from her village. “We surround the herd. Then I go near them and pray and talk to them.”

Paloma Noyola: The Next Steve Jobs? 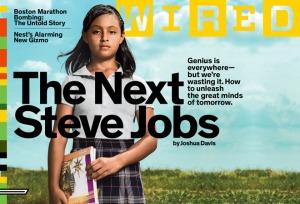 Mexico has found a new heroine: A 12-year-old math whiz from a state plagued by drug violence who was dubbed ‘The Next Steve Jobs’ by US magazine Wired. The youngest of eight children from a modest family, Paloma Noyola was thrown under the media spotlight since Wired magazine featured her on its cover two weeks ago.

She has appeared in national newspapers and on cable news, redubbed ‘La Nina Jobs’ — ‘The Jobs Girl’ — with photographers and cameramen chasing the girl nicknamed after Apple’s late founder.

Last year, the girl whose school lies next to a dump across the US border wowed the country when she scored the maximum 921 in the national standardized exam, the best in Mexico. Her father died of lung cancer last year and her family earns an income from selling scrap metal and food in Matamoros, a city tormented for years by a turf war between the Zetas and Gulf drug cartels.

While Noyola made the cover of Wired, it was her teacher’s radical methods that featured prominently in the magazine’s story. Sergio Juarez Correa, 32, saw his entire class’s Spanish and math scores dramatically improve after he implemented a new approach, allowing students to tap into their own curiosity and self-learning to solve problems.

Juarez Correa took inspiration from the ‘minimally invasive education’ concept of Sugata Mitra, a professor of educational technology at Britain’s Newcastle University. While Noyola garnered attention for acing the national exam last year, nine other students scored more than 900 in the math test.

The school is located in a ‘punishment zone’ for education, dubbed that way because no professor wants to be there due to the high level of crime and dismal infrastructure. The school lacks basic services such as running water, drainage or a telephone line — an all-too-common problem in Mexican classrooms.

‘If Paloma had the same opportunities or open doors as Steve Jobs, she probably would be a genius in this subject,’ says Juarez.

7 Reasons to Do Business in India

In 2013, India stands at a point where the compass of its destiny is, once again, in its own hands. The needle of this compass could either point south towards the all-too-familiar path of unfunded welfare economics, intensifying the slowdown currently underway; or it could turn 180-degrees and allow entrepreneurship to take off. We believe the government will choose a mix of the two and there lies opportunity for smart entrepreneurs. Seven reasons why:

1. Where else? While the world output is expected to rise by 4% in 2013, the emerging economies are going to lead it, says IMF. Among them, the two fastest-growing will be China (8.1%) and India (5.9%), versus the US (2.5%) and the Euro area (0.8%). Of the two growth leaders, India will be easier for entrepreneurs from democracies to comprehend.

2. Government is back at the wheel: Bogged down by a severe “policy freeze,” the government soured its relationship with business in 2012. Since September, however, lawmakers have begun to show signs of life: Parliament passed the contentious Banking Laws Amendment Law, which allows corporations to set up banks, making capital more readily available. The government has taken constructive action by, for example, allowing foreign companies to take ownership stakes in certain Indian retailers.

3. Inflation is beginning to moderate: The biggest cause of India’s inflation -apart from high and rising commodity prices over the past two years- is a supply side squeeze: too few goods in the system. India’s outlier status on high inflation rate throughout last year is now ending. Wholesale inflation is below 8%, and although consumer price inflation stands close to 10%, experts say this should fall to 6.5% by the next general elections in May of 2014. A falling inflation rate combined with a relatively high growth rate is the kind of environment that outside investors and entrepreneurs should relish.

4. The cost of money will come down: Fighting inflation, the Reserve Bank of India has kept interest rates high over the past few years. For most of that time, the RBI’s tight money policy hit investment harder than inflation. But if the inflation cycle has indeed played out, the next six months should see interest rates fall by 100-150 basis points, adding some spark to the economy.

5. Business-friendly laws could be enacted: Four important bills will be debated in Parliament this year. The Goods and Services Tax Bill would increase efficiency in the movement of products across India. The Direct Taxes Code Bill would clean up tax laws. But the most important (and most controversial) law will be the Land Acquisition Bill. If passed, it could provide the governing coalition political force for elections in 2014. The Companies Bill, which updates India corporate law for the 21st century, has already been cleared by the lower house and should pass the upper house in the budget session of Parliament that begins next month.

6. Workers are ready: The 500 million Indians under age 25 will continue to follow their aspirations to a better life in 2013. The median age in India is 25.1, compared to the US’s 36.9. In a free-enterprise economy this kind of population distribution has often led to a long-term economic boom, the kind begun Japan in the 1950s (median age 25.5) or China in the 1980s (median age 22.4). Further, the nature of those youthful aspirations has changed. This young population is looking beyond agriculture or daily wages. It wants to learn, which creates opportunity for entrepreneurs willing to invest in training.

7. Markets are waiting to explode: As a share of India’s GDP, consumer spending stands at just 57%, compared to 72% for the US. That suggests that there is some $1.2 trillion worth of opportunity in India’s emerging consumer sector. Current government mismanagement of finances and the resultant slowdown notwithstanding, prosperity in the medium term will increase not merely the base GDP but the share of consumer spending as well. This year and the next may see the first steps towards that trend. If you’re entering India this year, you could be getting in on the ground floor. 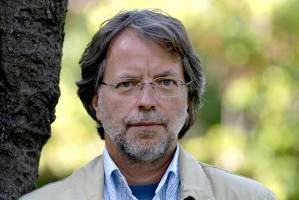 Mozambican author António Emílio Leite Couto (Mia Couto) has been chosen by a jury of nine international authors to receive the 2014 Neustadt International Prize for Literature.

The $50,000 prize is sponsored by the University of Oklahoma, the Neustadt family, and World Literature Today, the university’s award-winning magazine of international literature and culture.

Jurors convened on the OU Norman campus for deliberations Oct. 31 as part of the annual Neustadt Festival for International Literature and Culture.
Gabriella Ghermandi, who nominated Couto for the Neustadt Prize, said of him, “He is an author who addresses not just his country but the entire world, all human beings.”

Couto is the first Mozambican author to be nominated for and to win the Neustadt Prize. He is considered to be one of the most important writers in Mozambique, and his works have been published in more than 20 languages.

Born in 1955 in Beira, Mozambique, Couto began his literary career in the struggle for Mozambique’s independence, during which time he edited two journals. Raiz de Orvalho, Couto’s first book of poetry, was published in 1983. His first novel and the novel that was the representative text for the Neustadt, Sleepwalking Land, was published in 1992 to great acclaim and is widely considered one of the best African books of the 20th century.

Couto is known for his use of magical realism as well as his creativity with language. In her nominating statement, Ghermandi wrote, “Some critics have called Mia Couto ‘the smuggler writer,’ a sort of Robin Hood of words who steals meanings to make them available in every tongue, forcing apparently separate worlds to communicate. Within his novels, each line is like a small poem.”

This year, Couto also received the 2013 Camões Prize for Literature, a prestigious award given to Portuguese-language writers.

WLT executive director Robert Con Davis-Undiano remarked, “Mia Couto is trying to lift the yoke of colonialism from a culture by reinvigorating its language. A master of Portuguese prose, he wants to lift that burden one word, one sentence, and one narrative at a time, and in this endeavor he has few if any peers.”

Upon hearing about his win, Couto responded, “This award is timed perfectly, as Mozambique is about to go through a difficult time. For me personally, this award is certainly a relief, a ray of sunshine, at this sad national moment.”

The Neustadt Prize is awarded every two years and represents the only international literary award for which novelists, playwrights and poets are equally eligible. Often called the “American Nobel” because of its connection to the Nobel Prize in Literature, the Neustadt Prize is considered to be one of the most important literary prizes in the world. Throughout its history, the Neustadt has boasted 30 laureates, jurors, or candidates that have gone on to receive the Nobel, including Pablo Neruda, Gabriel García Márquez, Orhan Pamuk, Mo Yan, and Alice Munro, among others.

Couto is the 23rd laureate of the Neustadt Prize and will accept the award on the OU Norman campus during the fall 2014 Neustadt Festival.