“Bang in the Middle” of Kerala…

A large number of independent ad agencies are popping up every other day, all over the nation. So what’s so special when one of them decides to set up shop in Kerala??

Given the state’s age old love affair with aging celebrities and their endorsements (no matter how silly they be), advertisement campaigns tailor- made to the client’s whims and fancies (rather than promoting creativity), highly flammable and fragile ties between the land’s commerce and politics, and of course, the conspicuous absence of creativity- for- the – sake- of- creativity, ‘Bang in the Middle’ coming to Kerala is big news indeed. 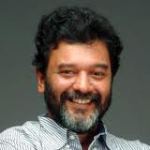 Despite the surprisingly high rate of literacy and growing acceptance of digital and social media, clients in the Kerala market tend to remain traditionalists when it comes to adopting innovations in their communication strategies. Precisely why Bang in the Middle expects its Kerala operations to robustly grow in the coming months. The agency will initially operate from Thiruvananthapuram, and will offer a full suite of services to clients across Kerala, according to a chat that The Times of India had with Prathap Suthan, Managing Partner and Chief Creative Officer of Bang in the Middle.

After burgeoning branches in Gurgaon, Kolkata, Chicago and New York, BitM takes its first steps in Kerala with the help of Satyan Nair, an advertising veteran, formerly associated with Stark Communications and Young & Rubicam. Nair believes that homegrown brands have refused to leave their comfort zone, which is why they have failed to upscale themselves. Suthan asserts with passionate belief that Bang in the Middle can provide the remedy to this endemic by offering a fresher perspective to advertising and providing better marketing opportunities through the digital marketing domain, especially because Kerala has an online savvy audience just waiting to be impressed. More about Bang in the Middle and what they do can be found at http://banginthemiddle.com/